Core tip : A power failure storm more than 50 years ago created the first battery-operated cardiac pacemaker and activated a medical technology revolution. Later, portable pacemakers came into being. For the reasons, see this article for details.

Earl Hatten, a 35-year-old senior engineer at Medtronic, a medical equipment manufacturer, said in an interview: "At that time, a doctor lost his patient and immediately asked for a better pacemaker." So there were 4 A few weeks later, Earl Bakken, founder and electronic engineer of Medtronic, developed a battery-powered pacemaker that looks a little too shabby.

The device uses a transistorized metronome that Bakken saw in Popular Electronics magazine at the time. The size is only two cigarette boxes, replacing the old model that needs to be loaded in a small cart and uses AC power. pacemaker.

One day after handing over the new pacemaker, Bakken was surprised to find that the device was hanging on a little girl in the hospital. Hatten recalled: "Mr. Bakken has never seen the scene before him; in 1957, when Dr. Lillehei (C. Walton) of the University of Minnesota Affiliated Hospital asked him to make a portable pacemaker, everything changed." 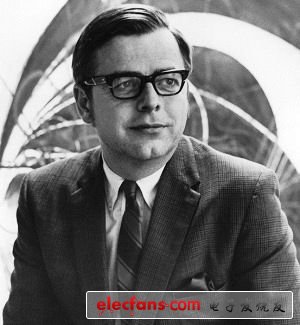 Indeed, the advent of portable pacemakers has changed the medical field; using several discrete parts, a battery, a few rough electrodes, and a pair of circuits that control the frequency and amplitude of the signal, the world â€™s first portable pacing The device takes electronic therapy from the hospital bed to the outside world. The pacemaker saved countless lives by stimulating heart tissue with subtle electronic pulses; early users hung the device on a belt or neck, and today, about 500,000 patients annually use the device Implant into the body. 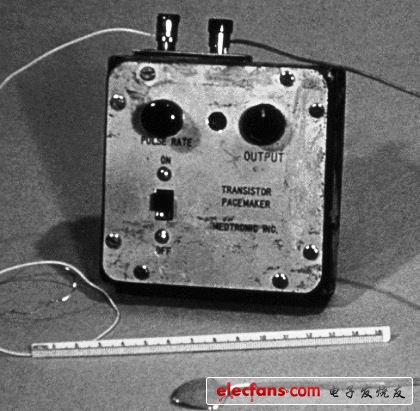 Medtronic, currently one of the world's largest medical electronic device manufacturers, never actually envisioned changing the medical field; this company founded by Bakken in 1949 was first set up in a garage that can only park one car. There is also a container compartment behind. His early employees repaired the vacuum tube equipment in the garage. For 13 years, they had to endure the hot summer of the Twin Cities, and they had to squeeze by the kerosene stove to warm up in the cold winter days. About 8 years after the establishment of Medtronic, it existed as a medical equipment repairer. Until the Halloween blackout in 1957, the fate of the company also changed.