China Mobile's WLAN centralized mining in 2012, the final scale of this centralized mining is about 1.5 million APs, and was finally shortlisted by 10 companies. From the pattern point of view, the traditional strong WLAN enterprise H3C is not shortlisted; the equipment manufacturers (Huawei, ZTE, etc.) that were strongly involved in the carrier-grade WLAN market last year also did not appear on the list.

In the eyes of many people, China Mobile puts the price factor too high in WLAN centralized procurement, which is basically price-only. The size of the shortlisted companies may not be large, and thus question the final quality of the network; more views It is believed that after China Mobile begins to implement a large-scale TD-LTE network, WLAN will lose value as an important access method for mobile broadband networks.

But is this really the case? According to the specific operation cases of Shandong Mobile, WLAN not only directly carries a large amount of data traffic, but also achieves a good internal rate of return on investment; at the same time, it also has a good meaning for TD-SCDMA and TD-LTE. On the "seamless connection". 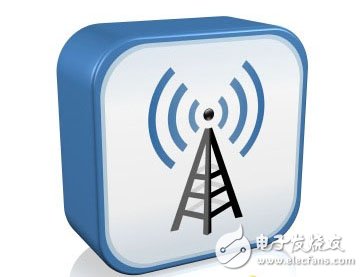 With the widespread deployment of mobile broadband networks and the rapid growth of smart terminals, mobile data has ushered in rapid development, which has also brought happiness to operators. That is, the mismatch between traffic and revenue growth, the difficulty of cellular network congestion is difficult solve.

As a local area network technology, WLAN can distribute mobile data traffic at low cost, so the headquarters of the three major operator groups have all given high enthusiasm to WLAN. But in the process of construction and operation, there has been controversy. One thinks that WLAN is a local area network technology, and its existence is only temporary, and the operator is not suitable for large-scale construction and operation; the other thinks that WLAN can provide users with low cost and high bandwidth The wireless access method should be constructed and operated. Therefore, some provincial operators are uncertain about WLAN and want to invest in construction and worry that the recovery after investment will not meet expectations.

Shandong Mobile started to officially promote WLAN in 2010. Last year, the number of registered users reached about 5.9 million. In 2012, the user growth rate was as high as 35%, and user development was very rapid. At the same time, the user structure has been further optimized. With the popularity of smart phones in 2012, the proportion of WLAN mobile phone users rose to 42.8%. With the rapid popularity of smart phones, it is expected that the proportion of mobile phones using WLAN will continue to increase.

In terms of traffic, Shandong Mobile â€™s WLAN traffic reached 281.5 billion MB in 2012, with a growth rate of 420%, accounting for nearly 85% of all traffic in that year, greatly reducing the pressure on other networks. But will this cause light load or no load of TD-SCDMA network? Through careful analysis of the data, we can find that although the traffic of WLAN users is growing rapidly, it mainly meets the needs of users for mobile Internet access. The main performance is that the traffic volume of other networks continues to grow, and the WLAN network bears most of the new traffic.

In terms of direct value, Shandong Mobile â€™s WLAN operating income in 2012 reached 500 million yuan, and the revenue growth rate was as high as 350%. It is expected that the internal rate of return of WLAN investment in the next few years will be around 15%, which is higher than the national internal rate of return reference value 12 %.

Mobile broadband has always been a love-hate business of China Mobile.

First, the TD-SCDMA network is relatively thin. Although more than 300,000 base stations have been built, the overall capacity of China Mobile â€™s mobile broadband network and coverage in hotspot areas need to be improved. At the same time, the time for TD-SCDMA smart terminals to fully mature Not long, it also limits its development.

Practical experience in the construction and operation of cellular mobile communication networks shows that it usually takes about 5 years for the network to mature from planning and construction to operation. This can be confirmed from China Mobile â€™s TD-SCDMA, which began commercial trials in 2008 until this year It only matured at the beginning of the year. Therefore, it will also take several years for the 4G network to be built from now until its operation is mature.

WLAN, as a local area network technology that carries data services in hotspot areas, can be quickly deployed and immediately put into use, and can use low-cost operations to meet users' high-bandwidth wireless access needs. From the perspective of network upgrades and development cycles, building a WLAN network is also a suitable choice.

From the perspective of the traffic distribution of cellular mobile communication networks, mobile data traffic is mostly concentrated in specific base stations or cells. Some data show that usually 15% of the base stations transmit about 50% of the traffic, and very concentrated cells account for no more than 10% of all their cells. And WLAN just meets the mobile data traffic access requirements within a certain range, and can distribute traffic in these hotspot areas. Therefore, the application characteristics of WLAN and the hotspot characteristics of data traffic are very consistent, and it is also very suitable to choose WLAN network to distribute mobile data traffic.